Hyderabad is the capital of Telangana state, it is a city with more historic attractions, and it has played in the nation’s history and in India’s Independence from Britain. Check out some of the Historical places in Hyderabad. 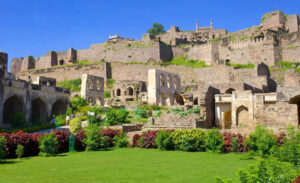 It is at a distance of 11km from Hyderabad. It is famous for being the origin of the world’s largest diamonds like Kohinoor, Hope, Akbar Shah, and many others. It is one of the best tourist destinations in Hyderabad and also most visit Historical places in Hyderabad. Order of the Kakatiya dynasty built it, Rani Rudrama and her successor, Prataparudra completed the old Golconda. There are 8 gateways, many temples, mosques, royal chambers, halls, and stables. At last, the Bahmani sultanate took into custody, which was taken by the Qutb Shahi dynasty around 1538, and became a seat of their government.

Suggested: Things to do in Hyderabad 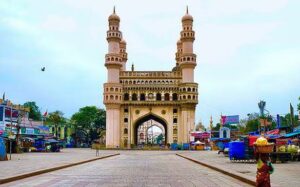 It is in the heart of the old city. They constructed it in 1591 CE by the fifth ruler of the Qutub Shah dynasty, Sultan Muhammad Quli Qutub Shah, this Indo-Islamic monument of Persian architecture. They built this monument at the close of the 16th century to celebrate the end of the plague that had devastated the entire region. A tiny mosquito sits on the top floor of the building. They derived its name from two words, Char and Minar, meaning four minarets. There are 149 steps inside the minaret that visitors can climb to get spectacular views of Hyderabad. There are some beautiful balconies on the first floor which attract many tourists. One of the oldest mosques in South India known as Mecca Masjid is on the western end of the Charminar. 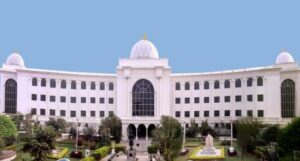 Salar Jung Museum is one of the prized Historical places and the largest museum in Hyderabad. They built it in 1951 to house his accumulation of European and Asia relics. It is the only museum that has a one-man collection of exquisite art pieces, antiques, sculptures, and statues. This museum not only attracts tourists from India but also attracts from all over the world. This museum has a collection of some artifacts and sculptures that were imported from other countries like Egypt, China, and Nepal. This also includes some of the beautiful paintings and Quran written in Gold and silver. With jade-crafted daggers, the museum houses artworks from influential painters such as Canaletto and Francesco Hayez.